Mr. Obama/Soetoro has definitely accomplished one thing during his residency in the "We the People" house and that being he has created such controversy surrounding his past history, as well as, current and future outlooks. Without ever speaking and picking this man's brain - assuming a male -, how can I say?

Below are some links to info concerning the Filmmaker Dinesh D'Souza and the "2016: Obama's America" film.
Sorry, no popcorn.
Enjoy! 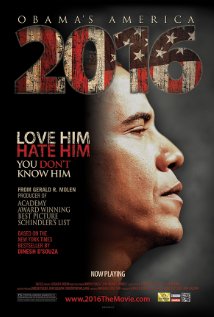 
Filmmaker Dinesh D'Souza has been called the Michael Moore of the right — striking box office gold with a political documentary critics say is filled with innuendo, distortions, and conspiratorial attacks on President Obama. D'Souza's film '2016: Obama's America', has become the second highest grossing political documentary of all time — trailing only Moore's 'Fahrenheit 9/11.'

While critics carp, D'Souza's low-budget documentary has been a remarkable commercial success. After starting in a single movie theater in Houston, Tex., it went on to become the surprise smash hit of the summer — bringing in $32 million as of Monday.

"The reason I think that the film has struck a chord is that in the core of it, there is a riveting story about Obama," D'Souza says. "You have an abandoned kid, Obama, who was dumped really at birth by his dad, and abandoned at the age of ten by his mother. So he undertakes a kind of heroic odyssey in a way to find his father and find himself." (more with a video interview)