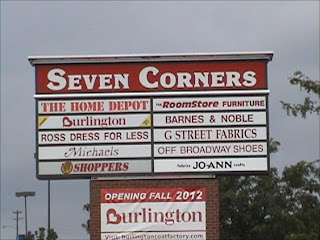 Is it that the Seven Corners Shopping Center - a place of a Beltway sniper attack - has become a regular to illegal activity so much that law enforcement officials have lost their focus on right and wrong, or is it just about politics?

Mouse over, then click on the pic below of a Seven Corners Shopping Center latest nasty and be taken to a page with video of his attacks. You decide if law enforcement officials neglect their duty and/or if the man, John Doug Hartnett, is spiritually and/or mentally Corrupt. 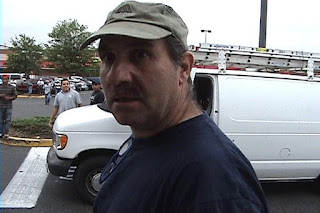 Below are links with more and a shocking video of John Doug Hartnett and his apparent spiritual and/or mental Corruptness:
http://corruptioncripples.blogspot.com/2012/09/when-law-enforcement-neglect-their-duty.html
&
http://americansnotwanted.blogspot.com/2012/09/innocence-of-muslims-by-sam-bacile.html

October the 2nd of 2012 marks the 10th anniversary of Lee Boyd Malvo and John Allen Muhammad murderous shootings. The Seven Corners Shopping Center is the same place that convicted shooter Lee Boyd Malvo took part in an FBI being shot dead at the Home Depot in Falls Church, Va.
(see below pics of the aforementioned Home Depot) 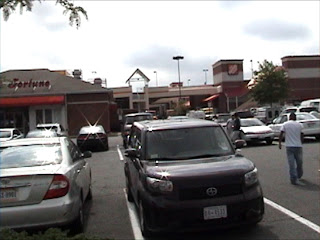 The Home Depot pictured above and below had to get involved when John Doug Hartnett followed in after to create more harm. Why does Ken who announced himself as head of loss prevention not share any video of John Dog Hartnett's advances?

Why are Fairfax County law enforcement dancing with not doing their sworn duty even with seeing video of John Doug Hartnett's evil?
WHY? 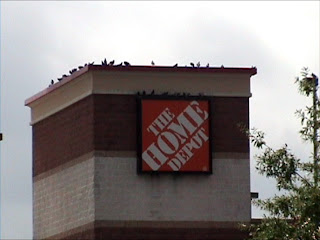 Below is an AP article concerning the 10th anniversary of the Beltway sniper attacks:

WASHINGTON (AP) — Convicted D.C. sniper Lee Boyd Malvo said in a newspaper interview published Sunday that the devastated reaction of a victim's husband made him feel like "the worst piece of scum."

Malvo, 27, told the Post in a rare interview that the look on the face of victim Linda Franklin's husband right after she was shot stands out in his memory of the rampage. Franklin, a 47-year-old FBI analyst, was killed as she and her husband loaded supplies outside a Home Depot in Falls Church, Va.

"They are penetrating," Malvo said of Ted Franklin's eyes. "It is the worst sort of pain I have ever seen in my life. His eyes ... Words do not possess the depth in which to fully convey that emotion and what I felt when I saw it. ... You feel like the worst piece of scum on the planet."

Malvo is serving a life sentence with no parole at a prison in southwest Virginia for killing Franklin. Muhammad was executed in Virginia in 2009

The sniper-style attacks all but paralyzed the nation's capital, as people were shot at random while going about their everyday life — pumping gas, buying groceries, and for one young boy, as he went to school. The shooters used a high-powered rifle, firing from the trunk of a modified Chevy Caprice until they were tracked down at a Maryland rest stop.

Malvo also repeated previous assertions that he was manipulated by the older Muhammad during the string of attacks that took place when Malvo was 17. But he acknowledges: "I was a monster."

Malvo has declined to respond to many media requests, including letters from The Associated Press. He was interviewed in 2010 for a cable TV special.

When asked by the Post what he would say to victims' families, the remorseful Malvo said there's no way to properly convey an apology.

"We can never change what happened," Malvo said. "There's nothing that I can say except don't allow me and my actions to continue to victimize you for the rest of your life."

He added: "Don't allow myself or Muhammad to continue to make you a victim for the rest of your life. It isn't worth it."

Linda Franklin's father, Charles Moore, was incredulous about the idea that victims' relatives would be able to forget about what Malvo and Muhammad did.

"There's no way. I can't believe that. No one can go through something like that," Moore said in a phone interview with The Associated Press.

Moore said he believes his daughter's slaying contributed to his wife's death several years later.
"What he did just destroyed my family. I'll never be able to put it aside. Never," he said.

"There are things that stand out in your life that you think about. I'm 83 years old and I'll carry it to my grave."

Lee Boyd Malvo said he remembers each of the sniper shootings in detail. But one moment – one image – stands out among the carnage of that terrifying time 10 years ago:

Malvo remembers being in the blue Chevrolet Caprice, in which police found binoculars and walkie-talkies. He scanned the area to make sure John Allen Muhammad had a clean shot. He gave the “go” order and looked across Route 50 in Seven Corners at the target. Muhammad, hidden on a hill above, pulled the trigger. A bullet screamed across the highway, instantly killing Linda Franklin, who just happened to be going about her business at the Home Depot at precisely the wrong time.


But mostly he remembers Ted Franklin’s eyes – the devastation, the shock, the sadness. “They are penetrating,” Malvo said in a rare media interview from prison. “It is the worst sort of pain I have ever seen in my life. His eyes. … Words do not possess the depth in which to fully convey that emotion and what I felt when I saw it.

“… You feel like the worst piece of scum on the planet.”

Malvo’s attitude provides a sharp contrast to his posture 10 years ago. Shortly after his arrest, a boastful, defiant Malvo told investigators he fired the bullet that killed Franklin. He laughed and pointed to his head to show where the bullet struck. Told about Malvo’s words, one of those investigators said he wouldn’t be surprised if Muhammad fired the fatal shot and thinks Malvo might be coming to grips with what he did.

It has been 10 years since Malvo and Muhammad went on one of the most notorious killing sprees in the nation’s history. For 23 days in October 2002, the pair ambushed 13 unsuspecting strangers, killing 10 of them, in the Washington area. They succeeded in terrorizing the region, as death came without warning: in gas stations and parking lots, on benches and lawns. They even shot and wounded a 13-year-old standing in front of a middle school. Sporting events were canceled. People cowered behind tarps as they filled their cars with gas. Parents kept their children home. After the two were caught, they were tied to at least 12 more shootings from Washington state to Alabama, six of them fatal. Malvo went on trial in Virginia Beach; Muhammad in Chesapeake.

Muhammad is gone – executed in 2009 for his crimes. Malvo, the scrawny teenager, the cold-blooded accomplice, is now 27. (More details and info)