Murder and/or senseless loss of human life, no matter for what reason or lack thereof, is senseless and a definite human tragedy. This sort of Corruption does affect us all, for we ALL are Human.
We are not animals, nor ever were! Get it? 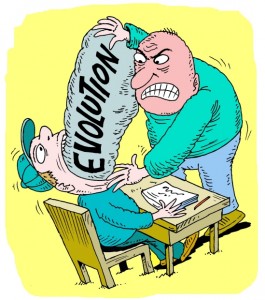 Does anybody else think that if adults slow down and even stop some of the definitely questionable practices of the me, me, me and the mine, mine, mine training on the children, that they will be able to grow at a more natural rate? How about actually sharing quality time with the children instead of worrying more about make-up, self serving interest, what's on the TV, caring more about the pets well-being...? WOW! maybe then, us adults will act more as we should naturally?
WELL?

Corruption Cripples does in no way play down the tragedy that happened at the Sandy Hook Elementary School, but this IIO knows that even now those breathing even questionable compassion for the loss of life are working on agendas of profit/gain/control.

It's not any sort of instrument of choice to bring harm unto another human that is the problem, it is us - humans.
What about all of the human abuse/tragedy/violent films being put out by Liberal Hollywood for profit/gain/control?
What about all of the violent video games by the 1 & 0 communities?
What about all of those really nasty organizations, businesses and/or people that the US government willingly does business with even with knowing of the autocracies that their partners engage in?
Don't loose focus on the real problem or else it will not be fixed, only masked.

If many of those who shed fake tears actually care about loss of life, especially the lives of children, then way again are so many allowed to be murdered each year in the United States of America only because laws and/or guidelines have been enacted that allows it.
As I have written, the problem is us, not ...!

US political leadership has reneged on every promise to save the lives of helpless children, resulting in the deaths of ~20,000 every day from preventable poverty. Since the US ongoing lies to care for children at the 1990 World Summit for Children, nearly 200,000,000 children have died in prolonged agony far more painful than death by gunshot.

US psychopathy with deaths of children literally ten million times more than this recent twenty definitively refutes their claims to care for children, and invalidates their motive for gun control as caring for innocent lives.

Despite the US promise to save these innocent children’s lives being 0.7% of our income, and US public willingness to contribute up to 10% of our income to help the poor, US “leadership” never admit their dishonored promise to American families and children. Read my Economics of ending poverty for complete documentation.

The total number of human beings dead from preventable poverty since the World Summit for Children is conservatively greater than all deaths from all wars, murders, and acts of violence in recorded human history.

As you may know, US direct causality of war-murders is 20-30 million since reneging on treaty law to never use armed attack as foreign policy.

You will have to read about these facts from alternative media. The six corporations that dominate US media provided this tragic-comic “coverage” on the World Summit for Children and this kind of “coverage” of wars, debt, and poverty that ongoingly kill millions, harm billions, and loot trillions.
The obvious policy response from Americans should be to disarm and arrest the criminal 1% who actively kill in unlawful wars, passively kill through debt and poverty, and then pretend to care about children as they demand to disarm an American public aware of their crimes and lies.