All around the world these days, maybe due to availability to the news, a person who is out and about can't stop from knowing about one form of corruption or another.

In the United States of America there seems to be so much more Corruption these days that it takes a full time secretary to keep a person abreast.

The man who holds probably the most influential position in all of the modern world, has all, if not more than most, of the markings of being the all time worlds greatest corrupt person, next to Lucifer.

Many want to know his past, yet he refrains from allowing that to be known. Others just don't care to know since they seem to be benefiting - at the moment - from the widespread chaos taking place in the USA & around the world.

What ever your stand on who Barack Hussien Obama aka Barry Soetoro is, for him to not be clear and transparent should be a red flaming flag for nay blind person to see and want to know! A truly compassionate person would come clean just to put to rest any and all speculation, conspiracy and/or confusion. That is, unless unrest is what he actually seeks to play out his part in the horrors ruling the world today

Barack Obama's political career was launched at a fundraiser held at Bill Ayers home. Yet, through the course of the last 6 years, Barack Obama has acted like Bill Ayers is nothing but a casual acquaintance
It is understandable that Barack Obama would try to hide any ties to the infamous co-founder of the Weather Underground. Bill Ayers is bad news. However, I think most of America realizes that Bill Ayers is much more central to the Obama story than we have been told.

Obama supporters tend to think that the Ayers' connection is either inconsequential or simply a thing of the past.

His detractors think this relationship is vital to who Obama is and to exposing his real goals for America. Many believe that Bill Ayers was, and possibly still is, Barack Obama's mentor.

Before I get into the Ayers' family connection, I want to play a short video interview of Larry Grathwohl. Larry was an "undercover" member of the Weather Underground. The Weather Underground was not simply a second-rate terrorist organization that set off a few bombs. The stated goal of the leadership was to take over America and subsequently kill 25 million people:


It is also important to note that Bill Ayers' father, Tom, was a very wealthy and well-connected man.

I think it would be safe to say that Thomas Ayers was one of those men who got what he wanted in life.
In 2012 investigative reporter Jerome Corsi uncovered a witness named Allen Hulton, who was the Ayers' family mailman. He spoke of many conversations with Mary Ayers, one with Thomas and claims to have met a young Barack Obama.

In the below video you will hear talk of the Ayers' family supporting a young foreign student which is presumably Barack Obama. Hulton also claims to have met Obama outside of the Ayers' home. In that conversation Barack Obama confidently told Hulton that he was going to be president.

If this account from Hulton is to be trusted, not only did Obama know Ayers' and his family well, he was practically Bill's brother. Either way, this could be just one of the reasons that
Obama will never unseal his college records. 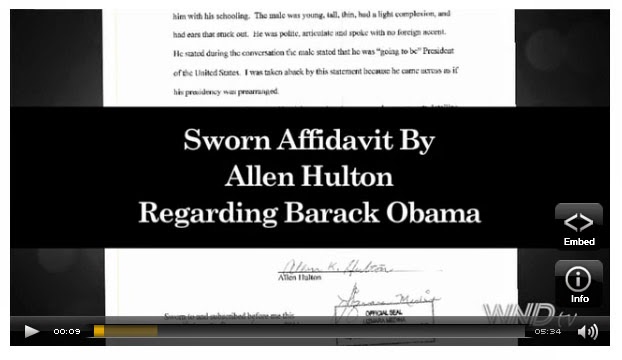 by Voice of Reason

I really wish Bill Ayers coming out with this information actually MEANT something of substance. Unfortunately, there are several issues with thinking anything COULD or EVEN SHOULD be done about it. First, as it was explained thoroughly in the post: OBAMA MUST BE ARRESTED FOR IMPERSONATING A PUBLIC OFFICER, Obama is NOT ELIGIBLE for the Office of President, so therefore, any attempt to Impeach Obama would only validate a Presidency he is not entitled to have in the first place. In legal terms, he is an USURPER… aka a TERRORIST who holds the all time record for ransom: He hijacked a COUNTRY.
The article goes on to explain the BIGGEST problem with the Obama citizenship scandal is not even where Obama was born. The problem is NO ONE, not a Democrat nor a Republican is going to address it, even if Obama came out and ANNOUNCED  he was not eligible for President.
Why? Because every last sitting member of Congress knew in 2008 & 2012 Obama was not eligible, but due to his overwhelming popularity, for anyone to try addressing it then would have been their own political suicide. So instead, Congress ratified the electoral votes without objecting to his ineligibility, and made themselves accomplices. Don’t count on anyone being quick to admit that!!!
As the article in OBAMA MUST BE ARRESTED FOR IMPERSONATING A PUBLIC OFFICER says, for the members of Congress to come to the conclusion NOW that Obama is a usurper would be like putting the rope around their OWN necks. So, I doubt that they will change direction now. I believe that if they unlawfully try to impeach Obama it will not be for usurpation, but some other reason. They want the American people to think they are working for and representing them, when in fact they are avoiding the fact that Obama is a usurper and therefore willfully violating our representative form of government.
Our Constitution specifically provides that a president can be impeached. It does NOT provide for the impeachment of a usurper. Obviously a usurper is NOT a president. Dr. Vieira in Thought Must Precede Action states:
“Although Mr. Obama may have succeeded in gaining physical access to the office-space a legitimate President of the United States occupies in the White House, he never acquired legal access to “the Office of President,” because, not being “a natural born Citizen,” he was never constitutionally eligible, and is not now eligible, for that “Office”. For Article II, Section 1, Clause 5 of the Constitution declares (in pertinent part) that “[n]o Person except a natural born Citizen * * * shall be eligible to the Office of President”. If words have any meaning, a “Person” whom the supreme law of the land declares not to be “eligible to the Office of President” can never “gain access to” that “Office” in the sense of legally holding it or asserting any claim to it.”
Definition of “Office”
“Office” is defined to be a right to exercise a public or private employment, and to take the fees and emoluments thereunto belonging.
NOTE: We know that Obama’s father was never an American citizen, so the evidence proves that Obama is not a natural born Citizen and therefore he does not have the right to be a president of the United States of America. We need go no further to prove that Barack Hussein Obama II was never constitutionally eligible, and is not now eligible for the “Office of the President.”
SO…. LONG STORY SHORT…
THIS REVELATION BY AYERS IS JUST A TEASE…
NOT THAT IT MATTERS…
Obama has broken so many laws that are NOT in question that we KNOW OF, and the Legislative Branch choses to be helpless while he and the rest of the Executive Branch steamroll Congress at every opportunity. One look into the I.R.S. email scandal should demonstrate that exceptionally. It's pathetic.
With TREY GOWDY AS SPECIAL PROSECUTOR IN THE BENGHAZI scandal, there is a chance Obama might get taken down THAT way… a pretty good one I think! After all, Trey has NEVER lost a case. The only other way we are taking Obama down is if we get a Special Prosecutor named to the I.R.S. scandal too. Eventually one of the two will get him.
OTHERWISE, LIKE I SAID…
THIS IS JUST A TEASE! 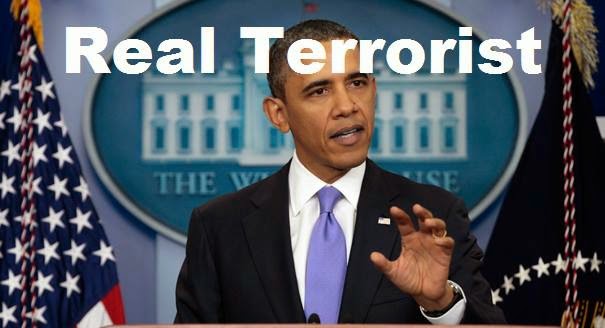