Please read the article and understand that what's written is so true of those holding positions as public servants.

Public servants do seem to be taking their positions of power to extremes, and inflict harm when and where they can. It takes those who are repentant, remorseful and/or regretful in these positions that make fine public servants.

Arm yourself with video and audio recording devises and catch them in the act if they're dirty! But, remember, not all are dirty. So, please don't stereotype them as they may you. Be better, and maybe, just maybe, they will learn how to correct and not follow their wrongs.

Search the internet for articles, video and audio of those public servants who forget their postion and over step their authority. The occurrences of them going wrong is increasing.

We couldn't of added much more than that! 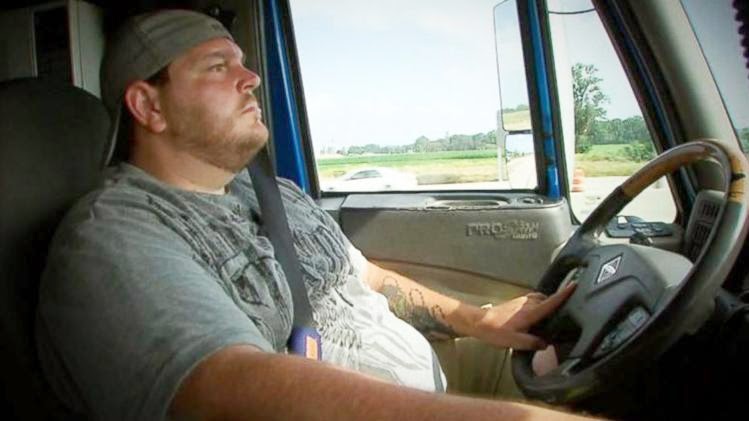 Truck driver Brian Miner turned the tables on a trooper for the Illinois State Police who pulled him over for “unlawful use of horn.”

That’s because Miner noticed the officer was driving at a high rate of speed, cellphone in hand, on wet pavement, and decided to “voice” his displeasure with the officer’s reckless driving in the only way that he could.

The officer, who goes unnamed but clearly seen in the video that Miner posted to YouTube following the event, decides to pull the truck driver over.

Miner lets the officer know right away that he’s being recorded and things get pretty contentious from there with Miner going off on the reckless driving of his potential ticketer.

It does seem, for a moment, that the Illinois State Trooper is bound and determined to find something he can “get” Miner for — unfortunately for him, he finds a pretty spotless record and has to come back to the vehicle ready to eat crow.

At the end of the video, Miner gets away without a ticket and even an apology, and then turns the camera on himself: “And that’s what happens when they know you’re recording.”

For any truck driver — or anyone — who’s ever been furious at police officers who think they’re above the law, this is must-see stuff:

Naturally, YouTube nation loved it: “Police (aka terrorists) wise up really fast, once they realize they’re being recorded,” said one commenter. “It’s too bad that we have to rely on recordings to keep them honest. That’s what happens when you put corrupt humans into positions of ‘authority’ over other people.”

Another: “Thank God Americans are catching these lying supremacist predators in the act.”

And this: “This video is simply trying to bring light to the fact that there are countless public servants, be they cops, legislatures [sic], bureaucrats, politicians and government officials, who believe they are above and exempt from the law. The problem has gotten completely out of control as more and more high-ranking individuals within state and federal governments continue to violate state and federal law to push their own agendas without being held accountable.”

To be fair, the officer here does not represent all police officers. Many are great at their jobs, and we’re all better off that they’re there protecting us.

But they also must be held accountable to the same standards as the rest of us, and this truck driver did it beautifully.

CORRUPTION of INTEREST: Senate race; Obama aka Soetoro; judge not ...