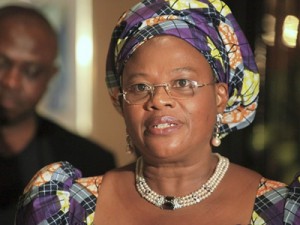 Former Minister of Information and Communications, Prof Dora Akunyili has expressed support for capital punishment for corrupt practices in order to transform the country.

Akunyili said this while speaking as a guest lecturer at the 7th lecture of the College of Natural and Applied Sciences, Bells University of Technology, Otta, Ogun State, where she presented a paper titled ‘National Transformation: The Challenge of our Time’.

She said that the desired change in the country was being prevented by social vices such as corruption, insecurity, poor leadership among others.

She said, “In China, it is death penalty for corruption. I believe if we are really serious about fighting corruption, there is the need to insert harsher clauses to make corruption less attractive, just like they do in China.

“Once, one, two, three, four corrupt people are executed for corruption, some others who have such tendency will definitely fall in line.”

Akunyili said that government refusing to punish corruption was as good as it promoting corruption.
“We just have to find a way to decisively fight corruption before it completely ruins this beautiful country,” she added.

Akunyili, who made her name as former Director-General of the National Agency for Food and Drug Administration and Control (NAFDAC) also suggested that the Nigerian government emulate the British and American governments by introducing a social security scheme for unemployed youths.
She noted that these governments paid a stipend to their unemployed so that their middle class and rich would be secured.

She added, “It is common sense that the rich will remain unsafe in the midst of a hungry and angry majority. Government in the Western world understands that the negative energy vibrating from such people is enough to create discomfort.” She suggested that the government could start with a scheme for the physically challenged and aged, such as the social security scheme for the aged introduced by the Ekiti State Government, which she commended.

“To me, being a good leader means being a principled leader, and being principled simply means being a man or woman of your words, being guarded by the right moral compass, doing the right thing anytime, anywhere and even in the face of threats of any type. It is simply leadership by example,” she stated.

She added that when a leader compromised his position by sharing filthy lucre with his or her subordinates, he or she has lost the right leadership authority and incapable of instilling any discipline in the work force.

She said, “When I was in NAFDAC, if I had allowed officers in the ports or the registration desks and other sensitive areas to make returns to me, we would not have been able to record any success in sanitizing the food and drug sector.

Vice-Chancellor of the university, Prof Isaac Adeyemi, said the institution invited Akunyili because of her pedigree and contributions to the nation’s development.