"Persons of INTEREST" and/or Corruption within Rutgers University? (VIDEO's) - www.CorruptionCripples.com

"Persons of INTEREST" and/or Corruption within Rutgers University?

Does anybody recall what took place within "Penn State" athletics?

Here is the link to know more about Mike Rice: http://www.ofinterest.net/2013/04/file-in-this-jan.html 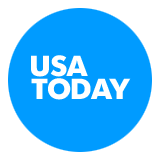 Brennan: Don't stop at Rice, Rutgers should fire AD, too

Mike Rice was just fired by Rutgers -- finally, appropriately and very belatedly. Unfortunately, athletics director Tim Pernetti, the man who allowed Rice to keep coaching after seeing the hours and hours of awful videotape of Rice's behavior, still has his job.

How can the leadership of Rutgers University do only half its job today? How does the Rutgers athletic department move forward from such a blitzkrieg of a scandal if the man leading it thought that a three-game suspension and a $50,000 fine was proper punishment for the abuse, homophobic slurs and all-out assault by its men's basketball coach on his players?

Rutgers is a state school, supported by the taxpayers of New Jersey. I'd dare say you could have shown the video to almost every one of the residents of the state and received a more reasoned and thoughtful decision than the one rendered by Pernetti at the end of last year. For that reason alone, he must lose his job.

."I saw all of it," Pernetti told ESPN on Tuesday. "None of that behavior is acceptable. ... We have a Rutgers standard and Mike Rice wavered from the Rutgers standard."
Wavered.

Has Pernetti, and has all of college sports, learned nothing from the Penn State scandal? The two stories are very different, of course, but there is a similar thread running through both: the need to cover up a scandal rather than bring it out into the open and deal with it honestly, fairly and quickly.

Pernetti, 42, should have known better. In fact, his background prepared him for just such an event, and he blew it.

First and foremost, he's a TV guy. From 1994-2003, he worked in television programming for ABC Sports. He moved to the cable start-up CSTV and created the first-ever 24-hour network dedicated completely to college sports. CBS acquired CSTV in 2006, and Pernetti became executive vice president. He became the Rutgers athletics director in April 2009.

How could a man with that background not realize that all the damning footage he was looking at was going to get out? He was given the perfect excuse to fire his coach -- first for his behavior, and also for not winning. It's not as if this was Bobby Knight. It should have been an easy call for a young, up-and-coming AD at a school heading to the Big Ten.

Yet Pernetti chose not to make that logical decision in December. So it was made for him in April.
An athletics director who can't make the right decision on something this obvious has no place being in charge of student-athletes at Rutgers, or anywhere else.